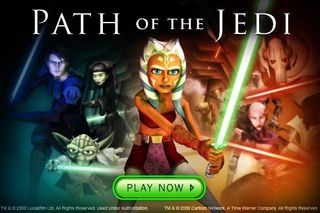 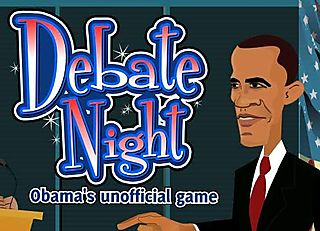 I'm happy to launch Powerful Robot's new political game. It's called Debate Night and allows you to go face to face with McCain on the debate arena. It combines two familiar gameplays (Zuma meets Bejeweled) so you can refute McCain's arguments by swapping and matching them before the reach Obama.
I'd like to thank the Powerful Robot team for all their work, as well as Espectral for the sounds and music. I sincerely hope you enjoy it! 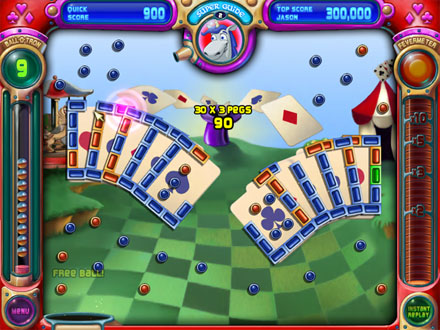 Peggle is such a wonderful game. Actually, it's the reason why my iPod's battery is almost depleted. I just spent a good few minutes reading a "behind the scenes" or "postmortem" of this game, created by PopCap. It's written in plain English, but it provides a very good look at how the game was made. It includes sketches, as well as videos with interviews and images of early prototypes. A must read for anybody interested in how a great game is designed. Here's the link. Notice that you need to subscribe to the newsletter before reading it. Just us a phony email; it works. Trust me, it's worth the pain.

Where are the Nazis when you need them? 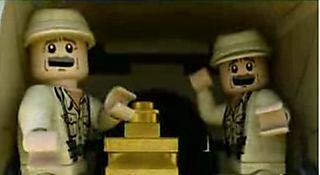 Everybody knows that Nazis are the ultimate bad guys. That's why it sucked so much that the latest Indiana Jones had to trade them for Commies. Ok, I know, it makes sense: Harrison Ford is older so the story had to take place in the late 50s instead of in the 30s.
I haven't yet played Lego Indiana Jones, but I'm reaaaally looking forward to it. However, I just watched this very cute movie from their website and I was really disappointed to find no Nazis. Ok, there are some characters that look like AfrikaKorps but they really don't look like mean Nazis at all! And no swaztikas neither! Before you even think about it, of course I'm aware that Lego is a kid's product and that the Germans have a stupid law about not showing Nazi paraphernalia, but nothing is more educational for kids than whacking Nazis. I'm not really a big supporter of violence in games when it comes to children, but virtually shooting at Nazis beats killing aliens and monsters anytime.
Oh, well, I'll have to play the actual game before actually complaining, but at the very least the game's movie made me worry. Children's games need good villains, in the same way that children's literature needs them too. We need Nazis more than evil witches, wolves and ghosts. As my friend Indy liked to say: "Nazis, I hate these guys!"

Miyamoto was in New York for the launch of Wii Fit and it seems that he gave quite many interviews. Here's a link to the one in the New York Times. It's more like a portrait than an actual interview, but it gives some insight to the creative process behind Miyamoto's games. There are some surprising statements from the journalist, such as "There is nothing objective about why a goofy guy in blue overalls like Mario should appeal to so many, just as there is nothing objective in how Disney could have built a company on talking animals." That is quite puzzling, since there is such a long literary tradition of talking animals that can definitively explain Disney's appeal. And by long tradition I mean really long (26 centuries since Aesop). Interestingly, the article suggests –based on Miyamoto's claims– that the appeal of Nintendo's characters is mainly due to the gaming experience and mechanics. That may be true for Miyamoto's games, but it is a stretch to think that it applies to games in general. In any case, it's great to get a peek into the mind of one of the brightest artists of our time.